10 Greatest Sports Movies of All Time 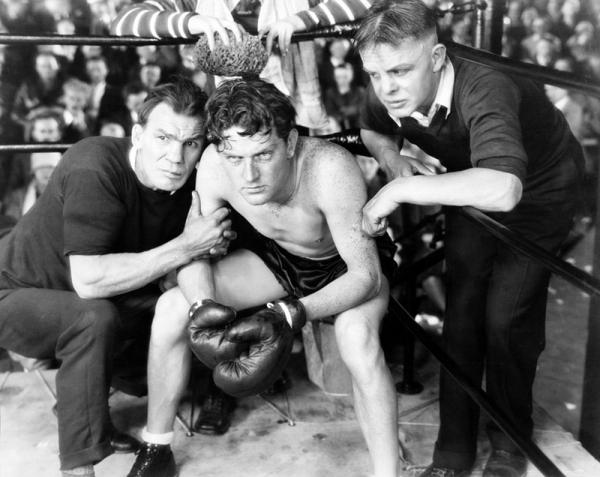 Who doesn’t love a good sports movie? A good sports movie may bring back fond childhood memories, it may provide you with the inspiration to accomplish something in your own life, or it may just provide the uplifting feeling you get when you watch somebody beat the odds and come out on top. Below is our list of the 10 greatest sports movies of all time.

Remember the Titans is a fictional story inspired by real events. It is the story of an African American head coach of a high school football team at a newly desegregated high school in 1971. Three high schools in Alexandria Virginia (two white schools and one African-American school) must integrate their faculty and student bodies. Denzel Washington plays Herman Boone who is appointed to be the school’s first black faculty member.

Both the staff and the students of the new school have a hard time trusting and respecting one another and Coach Boone has to find a way to earn the trust and respect of his players and his fellow faculty members while he also pledges to put a winning team on the field.

Cool runnings is loosely based on the true story of the Jamaican national bobsled team that first competed in the 1988 Winter Olympics. An American bobsleder who won two gold medals in the 1968 Winter Olympics and finished first in two events during the 1972 Winter Olympics but was caught cheating and disqualified, was disgraced and he retired to Jamaica.

He was scraping by and barely earning a living as a bookie when he was approached by two Jamaican athletes, a 100 m runner that failed to qualify for the 1988 Summer Olympics, and a champion pushcart racer. The two athletes wanted the former Olympic champion to coach them so that they could compete in the 1988 Winter Olympics as bobsleders.

In World War II, with so many men going off to war, major league baseball was in danger of shutting down. A league of their own is the story of a female team in the All-American Girls Professional Baseball League. The story is told from the point of view of an elderly Dottie Hinson who attend the induction of the AAGPBL into the baseball Hall of Fame. When she sees some of her former teammates, we are taken back to 1943 for the creation of the all-female baseball league and the assembling of a team called the Rockford Peaches.

Based on a true story, chariots of fire is the story of two runners in the Paris Olympics of 1924. One man is a Christian from Scotland that believes he must succeed to honor God. The other man is a Jewish man from England who is running to prove that Jews are not inferior and to overcome prejudice.
6. Field of Dreams (1989)
Most people are probably familiar with the line “if you build it, he will come.” Kevin Costner stars as Ray Kinsella, a farmer who hears the voices while walking through his cornfield and is inspired to plow over his cornfield in order to make a baseball diamond.

He and his family are on the brink of financial ruin when his daughter sees a man on the ball field. The man is a long dead ballplayer named Shoeless Joe Jackson. Ultimately, Shoeless Joe brings back seven of the other players that were banned in the Black Sox scandal of 1919 for a game on the field of dreams.

This is a family-friendly comedy that is a mix of live-action and animation. It stars basketball superstar Michael Jordan and many of the Looney Tunes characters. Michael Jordan helps Bugs Bunny and friends in a basketball game against an alien race that plans to abduct them and force them to be the newest attraction in a failing intergalactic amusement park.

Robert Redford plays Roy Hobbs, a guy who grew up on a farm and always dreamed of becoming a great baseball player. Early in his career, Hobbs is shot by a woman and it puts the brakes on his baseball career. But 16 years later he is brought up from the bush leagues to become a part of the 1939 New York Nights as a 35 year old rookie. It’s not long after that Hobbs becomes the team’s star player and goes on to enjoy the success he had hoped for earlier in his life.

After moving to a small town in the summer of 1962 with his mom and step dad, Scotty Smalls wants to make some new friends. He follows a group of boys in his neighborhood to a small, nearby field nicknamed the “Sandlot.” Scotty doesn’t know how to play baseball at all but there are only eight boys and “nine makes a team” so they take him in and teach him to play.

The boys have numerous adventures together and at the end of the movie we fast forward 30 years to see Scotty Smalls as a radio sports commentator for the Los Angeles Dodgers. Scotty is calling a game where one of his old sandlot buddies, Benny “The Jet” Rodriguez is nearing the end of his professional baseball career but manages to steal home in the final moments of the movie.

In this movie Emilio Estevez plays Gordon Bombay, a lawyer who doesn’t really care for anyone but himself. After being arrested for driving while intoxicated, he is sentenced to community service. In this case, his community service is coaching a youth hockey team that has no equipment, no place to train, and no chance of winning. Of course the Mighty Ducks do end up winning and Gordon Bombay earns a chance at achieving his dream by landing a tryout for a minor-league hockey team.

This is the story of Rocky Balboa, a smalltime boxer struggling to get by in Philadelphia. Apollo Creed, the heavyweight champion, wants to stage a Fourth of July boxing match with an inspirational story. The idea was to take an unknown and give him a shot at the title. Rocky Balboa ends up making the most of this once-in-a-lifetime opportunity and “Rocky” the movie is also a surprise hit. It was a low-budget movie that was shot in just 28 days, yet it brought in over $225 million and won three Oscars.

There you have it, our list of the 10 greatest sports movies of all time. If you don’t agree with our list or if your favorite movie doesn’t appear in the list above, we apologize but we hope you will not be offended. Rather, we would hope that you would take this opportunity to remember and appreciate all of the great sports movies that have been made.