Home » Blog » The Benefits of Working a Sweat

The Benefits of Working a Sweat 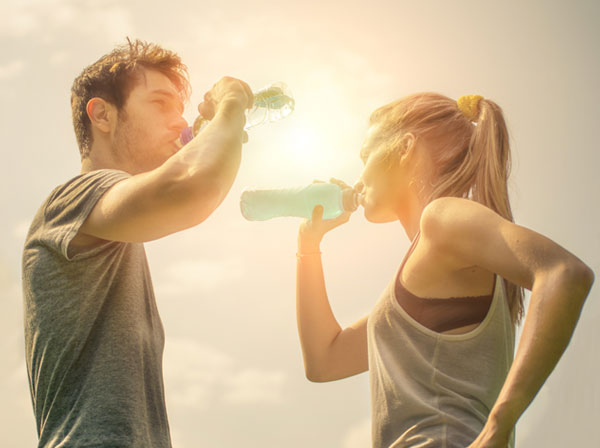 If you exercise regularly, you can enjoy many health benefits. Of course you’ll be able to lose weight but you will also reduce your risk for things like diabetes, stroke, heart disease, high blood pressure, and a number of other serious health conditions. When it comes to exercise, every little bit helps but a vigorous workout can help you get a better return on investment for the time you spend exercising. Exercise is good, but strenuous exercise is better and on so we are going to look at some of the benefits of working a sweat.

While it’s true that you do not necessarily have to break a sweat to have an effective workout, research shows that a strenuous workout offers more benefits when it comes to preventing cardiovascular disease. There was a study published by the American Journal of Human Biology in 2011 that illustrates this.

A Healthier Body on a Cellular Level

There is a physiological function that occurs in the body called apoptosis which is a process of programmed cell death. It is estimated that between 50 and 70 billion cells die in the average human adult each day due to apoptosis.

A study conducted by researchers at the University of Rome took blood samples from 10 male athletes after completing a 42 km run and they found a shift in the balance between the expression of pro-apoptotic and anti-apoptotic genes. The researchers believe that strenuous exercise modulates proteins in the body that will help prevent cell death.

A research study conducted in 2011 shows that strenuous exercise can help reduce the risk of stroke and also decrease the risk of developing dementia. In this study, researchers interviewed 1238 people, asking questions about their physical activity habits. Six years later the people that participated in the study had an MRI of their brains. The people that performed more strenuous exercise on a regular basis had the fewest number of markers that typically show a risk for stroke or brain problems.

While any exercise you can get is better than no exercise at all, increasing the intensity of your workouts has a number of very powerful benefits. If you don’t have a lot of time to exercise, having an intense workout over a shorter period of time, will give you all of the same health benefits enjoyed by people who spend more time at the gym. In order to stay fit and healthy, all you need is several minutes of strenuous exercise a few times a week. So it’s important to break a sweat even if you don’t have a lot of time to work out.